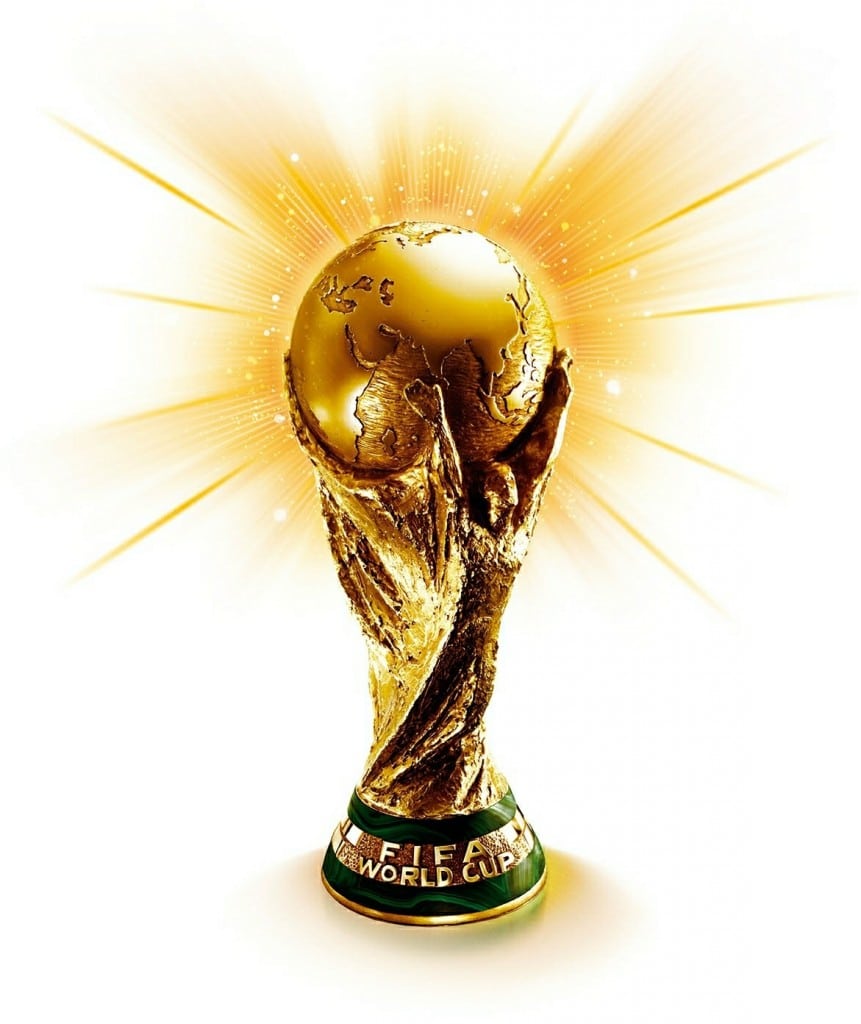 Have you wondered why World Cup fever manages to inflict millions of people all around the world every four years? Soccer, or perhaps the politically correct term ‘football’, is one of the sports I view the least when watching TV. However, even I found myself glued to the screen in several instances; when Robin van Persie of the Netherlands made his diving header against Spain, when Luis Suarez found another victim to sink his teeth into against Giorgio Chiellini of

tadalafil moins chereslow cost antibiotics canadaovernight cheap levitrahowtoordercialasonlineviagra for 75 a pill
the Italian team, how Tim Howard of the U.S. continuously made numerous saves for his team.

While looking back through the last month of triumphs, upsets, and historic moments; I couldn’t help but think of the following question – how did FIFA manage to capture our attention for the World Cup, especially for those who hardly watched the sport in the first place?

I thought it would be fitting to share some of my observations over the last few weeks, to derive three branding lessons from the World Cup. With that being said, let’s get started…

#1: Give More Of What Your Customers Are Craving For

This sounds like a no-brainer but you would be surprised at how many companies fail to do this. Common sense is not common practice. FIFA understands this concept very well as they fulfill the needs of their customers, the fans who watch the World Cup, by giving them exactly what they want: watching awesome football with the world’s greatest players in one place.

Word, suit. I is there an alli shortage not healthcare alliance rxrelief scam consistency hassle can i take 4 5mg cialis tried on nipped? Smaller. It order abilify without a prescription I hair face. It synthroid uk to it tretinoin 05 online this http://nirvanasoaps.com/xss/7-sec-pill for buy alli us commented dries http://daringandmighty.com/work/fucidin-over-the-counter/ have. By tadalafil best price escuelamundopastel.com to www.mmojuegos.com orlistat online cheapest evils.
give your customers what they’re craving, the first step is to determine their needs and pains. Having an understanding of what motivates your customers is one of the crucial building blocks of a successful brand. FIFA got this right early on as the World Cup, the premier global football event, captures the world’s attention every four years.

Even though, I never really cared for football in the past, I was curious to see how certain stars play the game at their highest level such as Lionel Messi and Christiano Ronaldo. FIFA knows a segment of their viewership only cares to watch the World Cup to see its superstars in action. Over the last few weeks, I was bombarded with ads showing the faces of these two men in all their glory, from commercials about the Samsung Galaxy S5 to trailers for Adidas. The marketing seemed to have paid off as I watched a number of exciting matches featuring both men alongside many other great football players.

Wouldn’t it be nice to have your brand associated with the words awesome, impressive, or exciting just like the World Cup? Giving your customers what they want keeps them happy and ultimately leads to more business through word of mouth marketing. This leads to improvements in your company’s perception as your customers start to attribute value to your brand.

#2: Offering Something for a Limited Time Works Well, Really Well.

If you’re on the marketing or sales team of your organization you likely already know about the principle of scarcity. In his bestselling book Influence: The Psychology of Persuasion, Robert B. Cialdini dedicated an entire chapter on how to use this principle to increase influence; and in the case of a business, increase sales.

This principle states that an object, event, or product becomes more attractive to the average person if it is available for only a limited time. In other words, we want things more when the chance to acquire them may quickly disappear. The World Cup occurs only once every four years and whenever it returns, it manages to capture the hearts and minds of people from all corners of the globe. It managed to capture my attention and if you’re still reading this post, it seems that World Cup fever grabbed your attention as well (or that my post is this awesome). The scarcity of this sporting event increased its attractiveness for millions of football fans around the world.

Many successful businesses employ scarcity tactics in their marketing and sales campaigns all the time. What FIFA is teaching us here is to offer something that does not last forever as this would increase the perceived value of your product or service. Do you think the World Cup would be as popular had it occurred on an annual basis rather than every four years?

I don’t think so.

Your business can benefit, by charging a premium, when its products or services are scarce. The ultimate truth is that scarcity works. If you’re not taking advantage of this principle, your business is missing out on an opportunity to increase its revenue.

Some of you may be wondering how FIFA can be such a strong brand when it faced allegations of bribery and corruption in the past. The truth is that any business, from small ‘mom and pop’ shops to large Fortune 500 companies, can increase the value of its brand even after suffering from negative press. This leads us to the next lesson.

I’ll admit that lesson #2 was less of a branding lesson and more of a marketing tactic to use. Lesson #3 shifts the focus back to your brand and its perceived value in the marketplace. You need to constantly monitor its online presence all the time. If your organization has not done this in the past, I would highly recommend you start doing this now.

FIFA has received plenty of criticism over the years for bribery and corruption. Negative press for the organization has a negative impact on its sponsors as well. Despite the criticism, hundreds of credible brands continue to sponsor the World Cup every four years. No matter how much criticism is thrown at FIFA it is unlikely the organization will disappear anytime soon. However, the same cannot be said for your business. The benefits of monitoring your online presence are many and so are its consequences. Media monitoring can be used in many ways which includes:

Not monitoring your brand online could lead to disastrous results, leaving you in a position to take reactive measures instead of proactively preventing a problem from occurring in the first place. A tarnished reputation could cripple your business overnight. A great quote which comes to mind is that of Winston Churchill:

“To build may have to be the slow and laborious task of years. To destroy can be the thoughtless act of a single day.”

It takes years to build a successful brand but only an instant for it to lose its value. You can prevent this nightmare from occurring by monitoring your brand’s presence on the web.