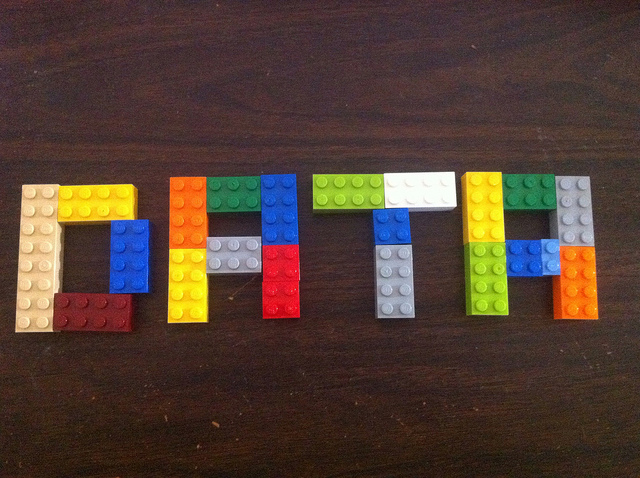 For months, the federal election campaign has been a central part of the Canadian consciousness. There was the meteoric rise and fall of support for the NDP. There were the party attacks and last-minute promises, which took on an almost feverish quality as undecided voters weighed their options one last time. The personalities of politicians were discussed at length. Strategies were dissected to the minutest detail. Predictions were made, then altered.
For the most part, these details grabbed and held our attention because of the way they were presented in the media. But now, many Canadians are eager to forget the constant barrage of campaign media coverage. The 24-hour news cycle will turn it all into a distant memory soon enough. Before this happens, we should take a moment to reflect on a media phenomenon that was significant not only from a voter perspective, but from the point of view of anyone who works in, with, or around government – including government relations professionals.

This post will explore the difficulties associated with making sense of massive quantities of online media. It will consider how big data solutions – and in particular, Gnowit’s recently-developed Data Insight Engine – can help.

It’s one of the major problems of the 21st century. Across the globe, information overload – frequently caused by torrents of digital content – is overwhelming individuals and organizations, resulting in diminished decision-making capacities.

This year, the problem occurred on a national scale. Inundated by conflicting polls, headlines, attack ads, and messages about strategic voting, many Canadians were unsure about which party to support until the very last minute. Government relations (GR) practitioners were doubly impacted by this uncertainty, as proactive strategizing was complicated on a near-continuous basis.

Answers to the big questions – about which party would take power and whether or not it would be a majority government – were just the beginning. More specific, actionable answers – like those related to future cabinet members and bureaucrats – were difficult to predict, as the likelihood of scenarios continually shifted.

When it came to understanding the future legislative climate surrounding certain issues, massive quantities of news coverage contributed to a lack of clarity. Take, for example, those who advocate for dairy and auto sector interests. For these individuals, understanding the many implications of the Trans Pacific Partnership has been particularly challenging due to widespread speculation in the news. Between the strong editorial opinions, recycled statements, and periods of media silence, concrete facts have been hard to determine. The (until recently uncertain) leadership transition made things particularly difficult by shifting the focus of reporters to political personalities.
Such story angles can be especially problematic given the role media plays in shaping public opinion. Political predictions and projected scenarios inform sophisticated GR strategies. When practitioners have trouble getting a read on how Canadians are perceiving not just the issues, but politicians’ reactions to the issues (which is, of course, a critical factor in election outcomes and party platforms), preparation becomes far more difficult. A big-picture understanding – of the issues, how they’re being reported, and the perceptions of Canadians – is crucial.

The potential of big data

You’ve undoubtedly heard of big data. In the minds of many, the term is just one more example of over-hyped business jargon. But the insights big data provides can be incredibly useful.

The term “big data” refers to very large data sets that are analyzed by computers to achieve otherwise unattainable insights. From powering recommendation engine(like those used by amazon) to predicting disease outbreaks (the way IBM did with dengue fever and malaria), the applications of big data insights are almost endless.

The fact is, the human brain isn’t equipped to process large quantities of data all at once. Attempts to do so lead to the burnout characteristic of information overload. With the right talent and computational tools, this data can be cleaned, aggregated, and visualized so that human beings can comprehend it all simultaneously. This allows users to spot trends and outliers, which can lead to actionable insights. In other words: proper analysis makes large volumes of data meaningful.

What does all of this mean in a government relations context? Because public perception is crucial to how government officials deal with issues, data sets dealing with the public can inform GR strategy. Massive libraries of Canadian media contain comprehensive information on the viewpoints Canadians are being exposed to. While polls and surveys are important sources of information, they reveal little about why Canadians believe the things they believe.

Information collected from social media can play a role in predicting political outcomes and (in some cases) shaping public policy. The UN is one organization that uses social media data to make decisions that impact the public. Still, this type of information only tells part of the story. Like surveys, social media posts present opinions. Traditional media provides insight into the process through which ideas grow and are solidified in the Canadian consciousness through persuasive presentation. This information provides a more complete view of the national political landscape and the psychology that creates it.

GR practitioners need to seriously consider the motivations of government officials – which, to a large extent, means thinking about what influences the public. For this reason, finding a way of making sense of the many scattered editorials, articles, and other news pieces published across the country is essential.

For those of us who work in the media-monitoring and intelligence space, the need for greater clarity surrounding political media has never been more apparent than it was during this year’s federal campaign.

Outside of a few urban centers, local political coverage is often relegated to smaller news letters, or buried by syndicated national stories. As a result, it can be difficult for Canadians to follow political developments in their own backyards. Gnowit developed a solution to this problem early in the campaign. Our team developed a series of political dashboards, which were representative of the media coverage surrounding every riding and electoral candidate in Canada (though the election is over, all dashboards can still be accessed here).
But for those with a keener-than-average interest in politics – especially professionals who interact with politicians and the government – this type of information isn’t enough. Action (in the form of GR strategy formation, political campaign maneuvering, or more-informed party support) is best taken after a complete understanding of major election issues and their public perception has been achieved.

This is where big data comes in.

Long before the writ was dropped, the Gnowit team noticed a massive spike in political news stories. “An increase in this type of coverage is to be expected during an election year,” says CEO Naeem Saloojee. “But the volume of this content over the last few months has been really astounding.”

The company’s solution – the Data Insight Engine – uses artificial intelligence and machine-learningDeviation Visual 1
algorithms to gather, analyze, classify, and form visualizations of political
media coverage from across the country. A crucial part of the analysis process includes automatic article breakdowns, which determine the political issues each article contains. Exactly how these determinations are made is complicated. But what’s really important (at least for those interested in finding new ways of acquiring political insight) is what the engine does. Namely, it shows users the media mindshare each federal party has in relation to specific political issues.

Over the course of the campaign, which party was discussed most in relation to climate change or the economy? When media outlets discussed healthcare, did they talk about it primarily in terms of the role it played in a party’s platform, or was the coverage mostly about the issue itself? During an election campaign, the answers to these questions can help GR practitioners make data-backed predictions. Moving forward, the insights unearthed by this type of solution can be used to illustrate public support for an issue to decision makers.

When it comes to government relations, those who fail to understand the role of traditional media in public perception are at a serious disadvantage. Big data can help by providing a solid yet responsive foundation for this understanding.

Note: the Data Insight Engine was developed by Gnowit CTO Shahzad Khan, Lead Data Scientist Andrew Droll, and User Experience Specialist Mohamud. The election insights derived from the engine were explored in a recent company seminar on big data and media analytics in the political and government relations context. An announcement for a webinar on this subject will be sent out to blog subscribers shortly.