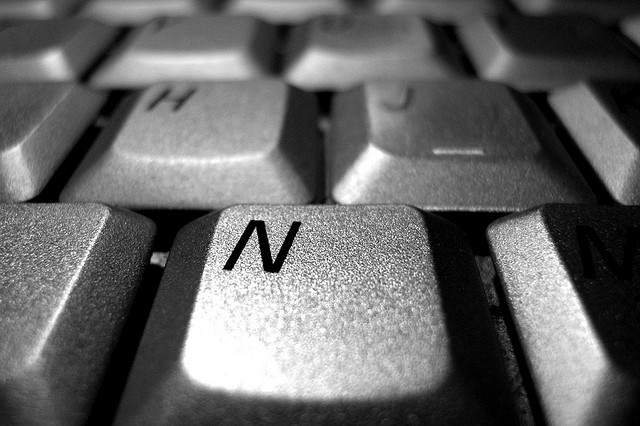 Has government relations entered the digital age? This is a compelling question. One would assume that public relations – the umbrella beneath which government relations operates – has had to adapt to digital disruption. But what about those who deal more with government officials and other decision-makers – the seasoned veterans who have, to a large extent, neglected to embrace digital technologies?

The truth is, even public relations may be less digitally-disrupted than many of us think. In a 2014 article, Anna Ruth Williams (founder and CEO of award-winning PR and marketing firm AR|PR) argues that, on the whole, her industry is still attached to an antiquated agency model. If this is true, what levels of disruption can we expect among government relations (GR) professionals, individuals who spend much of their time engaging with institutions that are concerned with preserving tradition?

That said, any subjects that governments grapple with, including those related to the widespread use of digital technologies, are likely to impact many in the GR field. To get an idea of how much time Canada’s federal and provincial governments devote to the implications of these technologies, I used Gnowit’s HansardWatch platform to track the frequency of the words “internet” and “digital” in government proceedings over the course of the last two weeks. These words came up in 219 Hansard transcripts from the Canadian, Ontario and British Columbia governments; topics ranged from national security threats to the use of digital currency.

Embarking on new (or relatively new) territory is always accompanied by unfamiliar challenges. The many intersections between digital technology and the everyday lives of Canadians have led to new points of friction between economic sectors, regulatory bodies, and the general public. In many of these disputes, precedents and past assumptions no longer apply. As a result, there exists an opportunity for government relations professionals to play a significant role in shaping public policy in many areas.

Sectors that are sure to see increasing debate related to digitization include health care, education, and defense. In health care, there have been a number of provincial and federal complications related to the computerization of health records. These range from privacy issues to budgetary concerns. In education, proposals to increase the role digital technologies play in post-secondary teaching – particularly through the use of MOOCs, or massive open online courses – are an ongoing source of debate. And in the realm of national defense, concerns about privacy and personal freedoms are weighed against those of perceived security. In all of the above areas, and in many others, GR professionals are on the front lines, advocating for the interests of those to whom they’re dedicated.

Perhaps unsurprisingly, information technology and telecommunications have been especially confusing policy areas. As digital disruptors, companies like Netflix and Google are navigating uncharted regulatory waters. Both companies made headlines for refusing to turn confidential subscriber information over to the CRTC. As Todd Julie notes, public opinion can be an important driver of such decisions when regulatory uncertainty looms. This uncertainty can also scare away venture capitalists; at the same time, attempts to “regulate away every gray area” can quash innovation in its early stages. GR professionals can help reach positive outcomes by educating decision-makers about these complex issues.

Dr. Ann Cavoukian, winner of the most recent Award of Distinction from the PAAC (Public Affairs Association of Canada), is a good example of the role those in government relations and public affairs can play in bringing clarity to the digital landscape. Dr. Cavoukian created “Privacy by Design”, an international framework for data-protection that ensures “privacy is embedded into the design and architecture of IT systems and business practices”.

Part of being a good advocate is cultivating a deep understanding of the ways in which new technologies will affect your organization or clients. Though innovators like Dr. Cavoukian have risen to the challenge, it can be a bit of a challenge for those who spend much of their professional lives building relationships in traditional ways.

The examples above illustrate how those in GR can be directly impacted by the disruption of other industries. Many of these professionals must do a great deal of work to understand digital technologies and their far-reaching implications. But this, in and of itself, does not constitute the disruption of government relations.

Though many PR agencies are still doing business the old-fashioned way, they aren’t likely to continue doing so for long. The way Anna Ruth Williams tells it, PR is ripe for disruption. This makes sense. With the myriad of digital platforms through which to distribute communications (and a workforce that is increasingly populated by millenials), it’s a wonder disruption hasn’t already overtaken the industry. When it does, will GR follow the lead?

One would certainly assume so, given the trend towards increased integration of the two fields. Professionals in both areas are beginning to recognize the benefits of combining their efforts to create more powerful campaigns. One likely result of this integration is a surge in the use of digital communication tools among GR professionals. Many examples already exist – from the use of the Internet to mobilize stakeholders to the use of videoconferencing to facilitate connections between decision-makers and those who give testimony. These activities are starting to sow the seeds of disruptive mindsets.

Unfortunately, such developments can also multiply one of the greatest productivity-killers of the modern era: information overload. Spam, instant messages, a steady and overwhelming flow of news stories – all of these things can create serious distractions. GR professionals who play integral roles in PR campaigns may see a marked increase in the information they’re forced to consume (for example, sifting through potentially-relevant media may begin to play a role – or a bigger role – in what they do).

Another serious challenge relates to what will happen when digital disruption arrives on the scene. Experts claim the phenomenon is an inevitability in every industry, which means that, while some GR teams and professionals will be quick on the uptake, adopting digital tools that make them more flexible and efficient, others will find themselves suddenly failing to meet client or organizational expectations. New metrics of success will appear for activities that were once equally challenging for everyone – activities such as staying abreast of relevant issues when they arise in government proceedings. In short, the level playing field will level no longer.

The initial question of whether government relations has entered the digital age is more complex than it first appears. While the diverse interests served by the government relations function means GR professionals are being impacted by the disruption of outside industries in a variety of ways, there exists one universal threat – the occurrence of the phenomenon within the GR field.

Luckily, this threat is also a major opportunity. Disruption is set to do more than provide inventive solutions to the problems it creates; already it’s beginning to alleviate GR-specific struggles, many of which predate the digital era. Consider the process of monitoring government proceedings for useful information. Generally, this has meant attending the proceedings in question, coordinating multiple team members to do so, or watching them on television. These solutions waste time and resources, and they’re vulnerable to human error. Until very recently, all GR professionals had to deal with these difficulties (though of course, they were more acutely felt in organizations with fewer resources). But now, as automated transcript monitoring and real-time alert systems continue to improve, some organizations are gaining an advantage.

It’s only a matter of time before other creative solutions – such as speech-to-text software (which could vastly improve municipal monitoring) and comprehensive GR databases (which could provide reliable data on potential contacts) are implemented.