Government Relations: An Integral Part of the PR Puzzle 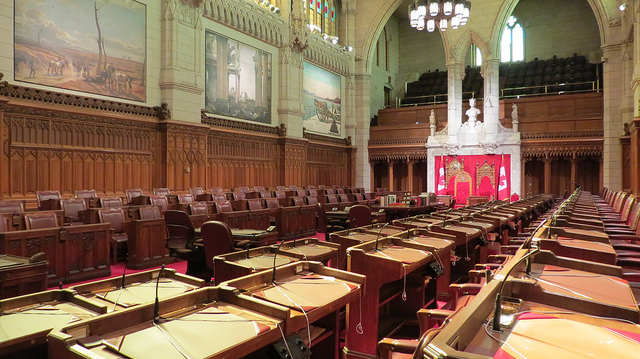 Government Relations: An Integral Part of the PR Puzzle

To those on the outside, government relations is perceived as a synonym for lobbying, which, in turn, is viewed as advocacy (or, in some cases, something less legitimate). Let’s forget for a moment that the field encompasses a variety of activities. The fact is, describing government relations processes as “advocacy” does little to highlight the ongoing communication strategies employed in relationship building.

Lester Milbrath, dubbed the “father of lobbying research”, once said that lobbying is “totally a communication process”. The same can be said of other government relations activities. Increasingly, integrated government and public relations campaigns are revealing just how central the communication component is. And yet, when it comes to these functions, confusion abounds.

This blog post will explore public and government relations roles, how they’re evolving, and what practitioners working on integrated campaigns can do to achieve positive outcomes for clients.

What’s in a Name?

Government relations, lobbying, public relations, public affairs, media relations, stakeholder relations – the list of functions that deal with relationships between organizations and their publics is long. Confusion about these roles and the duties they encompass can extend beyond the general public, influencing potential clients who may benefit from combination of these services. What scope of responsibilities does a government relations (GR) professional carry out? How much overlap is there with what most of us think of as traditional public relations (PR)? And, most importantly, how can those who specialize in these fields come together to create the best possible outcomes for their clients?

Full-service PR firms help their clients achieve various goals; often, these firms employ professionals of various specialties. The relationship between PR and GR can be especially beneficial for all involved. Decision-makers need to understand not only complex issues, but the public opinions surrounding them. For this reason, it often makes sense for public and government perceptions to be managed in one large, communications-based campaigns. For professionals on both sides of the coin, working towards clearly-defined end goals can bring a sense of clarity to what they do.

Although the many areas of specialization that fall beneath the public relations umbrella can cause confusion – among members of the general public, potential clients, and (in some cases) even the professionals involved – all of these fields share a common goal: improving the positioning (and, ultimately, the interests) of clients. GR in particular has been shown to be a crucial part of public relations in recent years.

“Governments play an increasingly powerful role in the global economy, and organizations cannot remain indifferent to their reputation with policymakers”.

“Public awareness of issues plays an increasingly important role in driving a change in policy perceptions and decision making.”

“More than ever before, new opportunities exist to mobilize people, influence opinions and impact policy.”

These statements – taken from the FleishmanHillard, Edelman, and Hill+Knowlton websites, respectively – show the extent to which some of the world’s largest PR firms understand the effectiveness of combining government relations with their traditional public relations activities. The advantages of this strategy have become well-known, influencing the work of organizations beyond corporate America. In a Public Affairs World article, senior public affairs and communications advisor Carel Du Marches Sarvaas notes that merging these two areas is a growing trend in associations in the EU.

Given its importance in the success of big and small organizations around the world, it’s easy to forget that PR is a relatively new field. In the short time since the earliest PR firms were formed, the industry has grown exponentially. Rapid evolution has been a staple of PR since its inception. And though many practitioners have been slow to embrace the full potential of digital technologies (at least according to some industry insiders, like Anna Ruth Williams), digital communications channels have been widely adopted in the field. In the age of the empowered consumer, this makes sense – members of the public will never hear your message if you aren’t willing to enter the spaces in which they’re spending their time.

Government relations professionals have been slower to embrace digital technologies. There are many reasons for this, but one of the biggest may be generational. While PR remains a popular discipline among young people, GR is largely populated by seasoned political veterans. This factor also matters when it comes to audience: speaking to government officials is vastly different from speaking to a general public (especially when the power to make or break brands belong increasingly to millennials). And of course, when it comes to communication, the complexity of a message will generally determine the medium through which it can be expressed – which is to say, presenting research on a complex issue is usually best done in person, or through more traditional written materials.

Information: the Key to Successful Integration

Of course, communication isn’t the only area that’s been transformed by the digital revolution. A wide range of platforms and tools have made it easier to collect, sort and analyze information than ever before. Any truly useful PR campaign is grounded in research – from news stories and blog posts that convey public opinion, to comments made by relevant politicians during a set of government proceedings. Finding this information in the fastest, most efficient manner possible – and informing colleagues and stakeholders team mates of how it fits into the overall picture – is crucial.

As campaigns are increasingly planned and carried out by diverse mixes of professionals working under the PR umbrella – those in public relations, government affairs, stakeholder relations, etc – new, cross-discipline communications strategies are necessary. An understanding of how each piece of the puzzle contributes to the larger goal is important. GR professionals working in PR firms or alongside communications professionals should ensure they have a solid knowledge of the channels through which PR messages are distributed – and vice versa.

There are advantages in carefully combining these skills sets, which can also be transposed into new situations. For example: like members of the general public, decision-makers are people, with their own biases and preconceived notions. When conveying information to government officials, GR professionals may find some of the more subtle communications techniques used by those in PR useful. But increased collaboration – even the sometimes-limited collaboration necessitated by two people working toward the same end goal – always brings about new challenges. Setting boundaries and focusing on working within – and presenting knowledge drawn from – one’s own area of expertise can help lessen the impacts of these challenges.

But the most important key to success is timely, reliable, and relevant information. Any technology that can provide actionable information or shape long-term strategy will strengthen the work done on both sides of a campaign. Ultimately, this will lead to the best possible outcomes for organizations that use PR firms.