The economy: still the most important election issue? 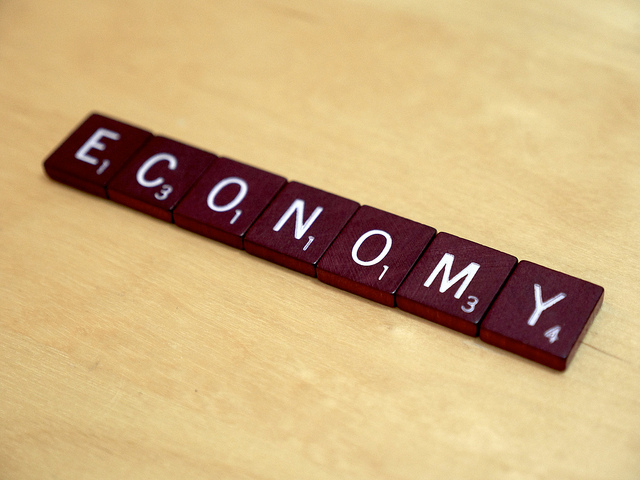 The economy: still the most important election issue?

It’s been over a week since the Globe and Mail debate. The outpouring of commentary – on who won, who caused the greatest number of interruptions, and who was offended by the term “old stock Canadians” – has subsided. Another (some would say more inclusive) debate is about to take place. But for most voters, the issue that matters most is still the economy.
Many who tuned in last Thursday were satisfied with the answers provided by the candidates – at least satisfied enough to make a decision on October 19th. But things aren’t so simple for government relations (GR) professionals, many of whom continue to consider the long and short-term implications of the economic policies the leaders have proposed.

This post will look at where Canada’s parties stand on economic issues from a broad GR perspective. Because the positions of our leaders and the public opinion that influences them are far from static, we’ll look at the media’s treatment of each candidate both before and after the debate.

The issues, public perception, and why it matters

No matter the political circumstances, some actions are absolutely essential to building a successful GR strategy. These include tracking relevant political developments and public perceptions, creating likely scenarios based on ongoing analyses, and proactively exploring possible courses of action based on these scenarios. This year, things are more complicated than ever.

Members of the Government Relations Institute of Canada (GRIC) watched last week’s debate from D’Arcy McGee’s, a popular Ottawa bar. Across the capital (and, for that matter, the nation), industry practitioners were viewing events on t.v. and computer screens, looking for insights into what the political landscape will look like after Oct 19. The leaders talked about jobs, taxation, energy and the environment, infrastructure, housing, and immigration. These issues were difficult to parse, given their interconnectedness, but there were some key takeaways.
Trudeau’s commitment to invest in roads, water, transit, and jobs was of particular interest to many. Knowing that there will be funding available for projects in these areas under a Liberal government could have an immense impact on the potential strategies of some GR practitioners. Those who advocate for companies who work in these areas – as well as for certain unions and trade associations – will want to stay abreast of any future developments he proposes.

Taxation is a huge consideration for both small businesses and corporate entities. Much has been made of Mulcair’s desire to implement a corporate tax hike, though Stephen Harper (who is committed to leaving taxes the way they are) was quick to point out that the Canadian Federation of Independent Business has come out against not only the Liberal plan, but the NDP plan as well.

Energy and the environment was, of course, a hot topic, provoking heated debate between Harper and his opponents. The prime minister maintained that the oil and gas sector “needs a government that is on its side”. But of course, for the interests involved, the situation is not so simple.

Some oil companies have come out in favour of a cap and trade system, and any advocacy professional on either side of the issue knows why. The chance to engage with and influence energy policy, stability for investors, and the possibility of expanding the market for natural gas (which is seen as a cleaner alternative to oil by many) are among these reasons. Mulcair supports such a cap and trade system, which could benefit a wide variety of nonprofit and private interests.

In addition, Mulcair and Trudeau purported to support green energy and clean tech. Though both leaders were vague about what support for these sectors would look like, their comments indicate a potential willingness to invest. Lastly, adding to the complexity surrounding this issue (and several others) Trudeau emphasized further work and consultation with the provinces. Under a Liberal government, the mechanics of relationships between the three levels of government will likely be an important consideration.

What the analytics show

Two hours before the debate, I viewed a dashboard for each of the three participating candidates. In addition to providing crucial developments covered by big and small news outlets, Gnowit’s dashboards provide insight into how topics are being presented in the media (and, by extension, how they are being perceived by large segments of the public). Let’s take a look.

Stephen Harper
Before the election

Terms associated with the Conservative leader (those that came up most frequently in articles discussing him) included “deficit”, “Syria”, and (unsurprisingly) “conservative party”. All three terms were determined to be negative (which is to say, they came up the most in negative contexts). 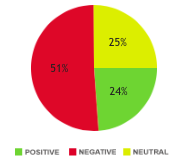 In the two-week period prior to Thursday, Sept 24, there were 23,423 articles published about Stephen Harper

The terms that came up in articles discussing Harper now include “taxes” (positive) and “tories” (neutral).

Stephen Harper went into last Thursday’s debate facing accusations of running eight straight deficits. He was also grappling with Trans Pacific Partnership questions from the auto sector, and vocal criticisms of his handling of the Syrian refugee crisis.

The attitudes expressed in the prime minister’s media coverage have shifted somewhat since the debate. While several small events have likely contributed to this shift, general perceptions of Harper as one of the winners of last Thursday’s debate (along with Trudeau, according to CBC’s Vote Compass) have resulted in more positive coverage. Whereas the term “conservative party” was negative last week, “tories” is now neutral (a definite improvement). The word “taxes” was positive, suggesting that Harper’s commitment to maintaining current tax rates resonated with many in the media.

In the two-week period leading up to Sept 24, 17,561 articles discussing Justin Trudeau were published.

Prior to the debate, Justin Trudeau’s media coverage was, on the whole, more positive than Stephen Harper’s. It’s fair to say that Trudeau benefited greatly from exceeding expectations in the Maclean’s debate (which lead to a resurgence in support and media discussion of how the Liberal leader just might be prime ministerial after all). More often than not, the term “connected” came up in articles referencing Trudeau’s seemingly sudden ability to connect with a wider range of voters.

That said, many did not expect him to do well in a debate focused solely on the economy. Reflecting this fact, the words “economy” and “Calgary” were determined to be negative when related to Trudeau. A week after the debate, the term “economy” was neutral, suggesting that he had once again performed better than expected. The term “additional funding” related to positive stories about the Liberal candidate’s promise to invest in infrastructure.

Despite recent criticism from journalist Desmond Cole (and a resurgence of articles mentioning Mulcair’s demand that Trudeau “apologize” to small businesses for a past remark), the leader’s negative to positive coverage ratio has improved slightly in the last week.

3828 articles discussing Thomas Mulcair were published in the two weeks leading up to the last debate.

37% of all articles published were negative in tone, 22% were positive, and 42% were neutral.

In the two weeks leading up to Sept 24, there was 4400 articles published about Mulcair.

Before the debate, the terms “chef bloquiste” (aka “Bloc Quebecois leader”) and “Iraq” described thorns in Mulcair’s side. Gilles Duceppe has been criticizing the NDP leader for weeks (though, as the “neutral” score attached to his title indicates, admonishments from the Bloc leader do not hold a lot of weight at the moment). Mulcair’s stated intention to pull troops out of Iraq was described negatively by several journalists (though connections between war and the economy were not discussed).

The term “economy” came up as neutral, reflecting the fact that most expected neither triumph nor disaster from Mulcair during the debate.

After the debate – which, according to many pundits, Mulcair lost – negative news coverage increased slightly. The term “thin” seemed to apply to the NDP fiscal plan. Though the plan was released before the debate, a good deal of media criticism occurred after the debate. “Veterans” referred to an announcement the NDP leader made on Monday, when he pledged to increase support for veterans with PTSD. Though articles about this announcement were generally positive, they were not enough to counter the perception that Mulcair was not a winner last week.

What it all means

In the midst of an unprecedented three-way race, outcomes are hard to predict. The best course of action for GR practitioners is to achieve as much clarity as possible about where the parties stand on important issues, such as the economy. But media coverage and the public perception it impacts will also play vitally-important roles in not only the outcome of the election, but future government decisions, such as those related to political appointments and funding.

This last week – and indeed the entire election campaign – has shown how much things can change, even as support for each of the parties remains strong. For most advocacy firms and in-house teams, being prepared will require more political monitoring, analysis, and strategizing than ever before. And while sensationalist headlines and pollster revelations may seem like good reasons to consider a strategy shift, the candidates themselves are far better starting points for analysis.